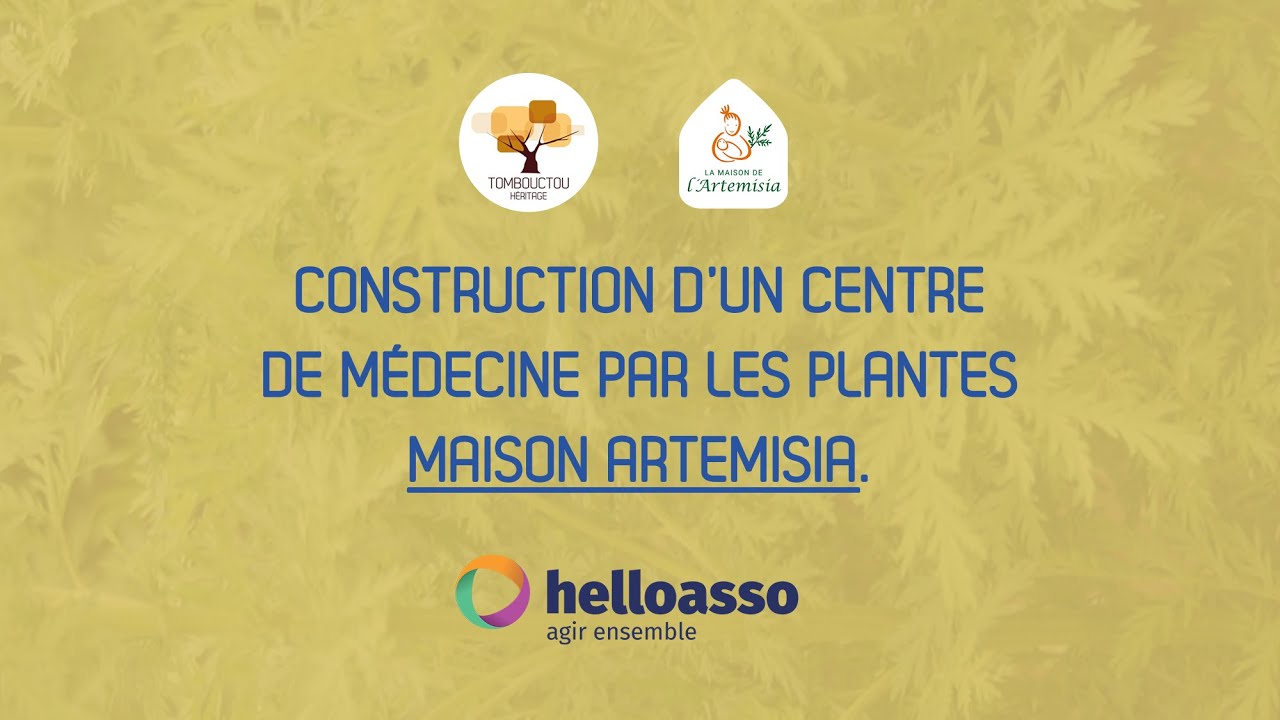 The aim of this crowdfunding is to establish a herbal medicine center, to cure malaria populations with the artemisia plant. We need to carry out this project of €25,000 disagregated as explained in the diagram below.

ORIGIN OF THE PROJECT

Tombouctou Héritage is a project launched by Maguelone Gilbert-Vidal in 2016 and financed through the sale of her restaurant-café, L’Antre-Autre based in Lyon. A head office and a medicinal garden have already been built with the equity of the founder and various private donors who have mobilized to finance complementary facilities and the maintenance of existing equipment.

The project takes its name from the light city of Mali, destroyed by the jihadists in 2012 and still under serious threat, whereas it was a capital of medicine and humanities and social sciences.

It is a global project that places health at the heart of its action through the creation of an agroecological farm, the rehabilitation of a dispensary in the same area, with priority given to medicinal plants, including Artemisia and the establishment of a training space in relation to the actions that are carried out.

In January 2019, following Maguelone’s beautiful meeting with Lucile Cornet-Vernet, founder of The Maison Artemisia France, Timbuktu Heritage successfully launches into the culture of artemisia. In June 2019, a first harvest of 90kg was realized in an area of 16 villages serving about 24,000 inhabitants.

Considering the actual healings of the populations, a field of 900m2 is offered to us by the local dispensary to allow the construction of a plants-based medicine center adapted to the basic conditions of the project.

Today we cannot produce artemisia herbal tea qualitatively and quantitatively without the buildings we are seeking funding for. It consists of two buildings with three rooms each including a technical building (allowing to do the drying, grinding, bagging operations…) and a reception room for the public (including the meeting room, the administrative building, the office reception). Toilets, a fence and a gate are also needed.

Voici notre équipe en France et au Mali :
MAGUELONE GILBERT-VIDAL : With a varied background in the world of alternative business and associations, Maguelone founded Timbuktu Heritage by selling her restaurant based in Lyon.
KARINE DUFAUT : Actress and director, Karine has staged two plays in support of the project. She also manages the logistics dimension.
THIBAULT MUSA : Webmaster, Thibault creates ingenious communication tools and also intervenes on the logistics of organizing cultural events related to the project.
GUILLAUME MOITON :Video artist and director, Guillaume has created the various short films that present the project in Mali and France.
VÉRONIQUE BILLIOUD : Tombouctou Héritage graphic designer, Véronique defines the charter with Thibault and creates the various posters of the shows related to the project.
IBRAHIM KONE : Project manager in Mali, Ibrahim led the construction and development of the head office. He also set up the Artemisia Banco project with the various local stakeholders and trained the teams on site.
AMADOU KEITA : A technical assistant specializing in medicinal plants and handicrafts of all kinds, Amadou currently directs artemisia Banco training of trainers.
GAOUSSOU KONE: Artemisia support, living between France and Mali, Gaoussou is the link between the Malian team and the French team.
SOULEYMANE KONE : A technical assistant, accustomed to rural work, Souleymane is committed in the culture of Artemisia.
JEREMIE HERCBERG : Manager of the restaurant La Monstrueuse in Lyon, Jérémie supports the project by hosting the meetings and exhibitions of the project that highlight it.

A big thank you to Delphine Chauvin for the sketches she made specifically to illustrate our buildings and our technical work !

Today, after successfully leading part of the project, we need you to succeed in developing a professional sector and in accordance with the standards of the Maison Artemisia charter that guarantee a healthy and ecological production. Malaria is the third largest pandemic in the world and being able to provide a natural drug, accessible to all and without side effects is a real opportunity. It is also a strong symbol that another world is possible and within our reach.